Visiting the real life setting for ‘The Perfect Wife’

Black letters are scrawled on the sides of the abandoned swimming pool. Maji kuchota maru fuku. ‘It is forbidden to take the water.’ Murky brown sludge lies in what was once the deep end. Not far away is the old paddling pool with its low brick wall. These remains are the only clue that this was the site of the Kongwa Club – the hub of society in the British settlement that earned the nickname Londoni. 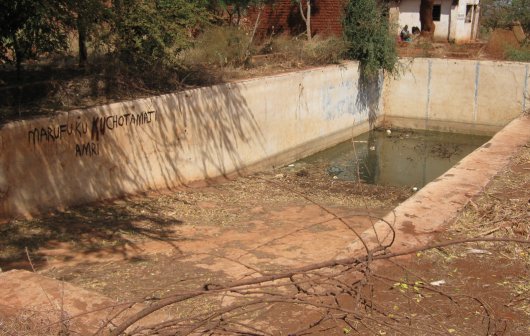 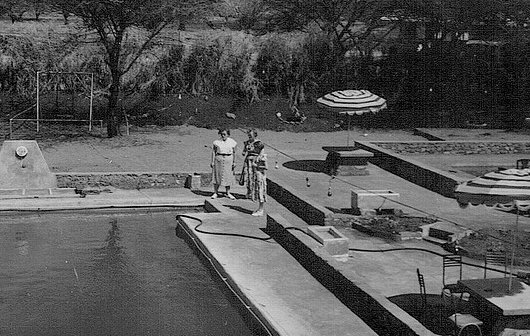 Standing there, gazing down at the dust-stained concrete, I find it hard to picture the scene as it was in its heyday. The water, deep and clear. African waiters in long tunics and red fezzes serving cocktails. Ayahs in white uniforms watching over fair-skinned children while the memsahibs relaxed in the shade of green and white striped umbrellas.

Kongwa is now an ordinary Tanzanian country town, but 60 years ago it was the centre of one of the most ambitious farming projects in the world. Just after World War II the British Government began a scheme that aimed to grow peanuts over an area half the size of Wales. A whole town was built in the middle of nowhere, complete with hospital, club, shops, even an open-air cinema. Unfortunately the rainfall in the area was inadequate, and the soil on the Kongwa plains completely unsuitable. After just a few years, the Tanganyika Groundnut Scheme was declared a spectacular failure. The ‘Groundnut Army’ went home.

My father joins me at the edge of the pool. I can see him thinking back to his last visit here, half a lifetime ago. As a young missionary doctor, he came to bid in a clearing sale of British Government property. He was pleased with his purchase of a diesel generator that would mean the end of having to do emergency surgery by lamplight. He remembers wandering along the street known as Millionaire Row looking at the ruins of the executive homes. The walls, roofs and floorboards had been sold off as building materials. All that survived were the terrazzo baths. 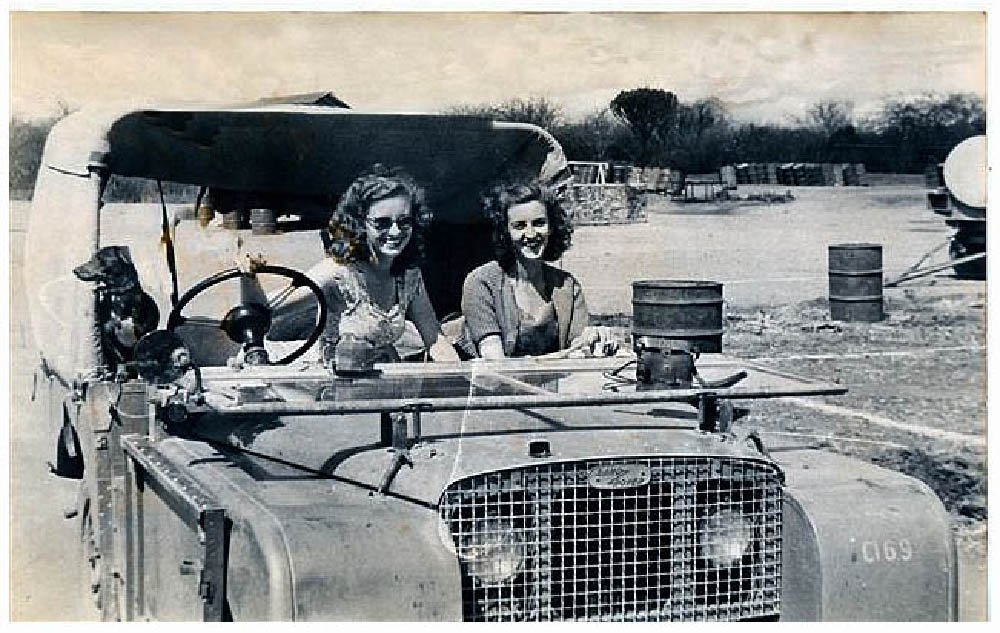 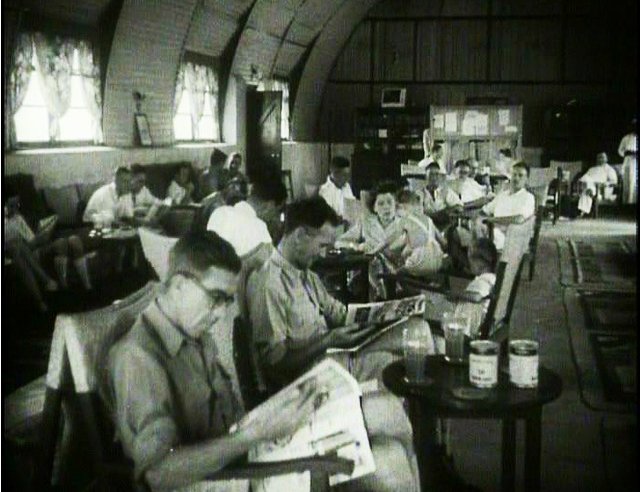 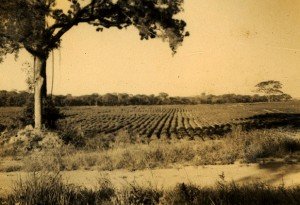 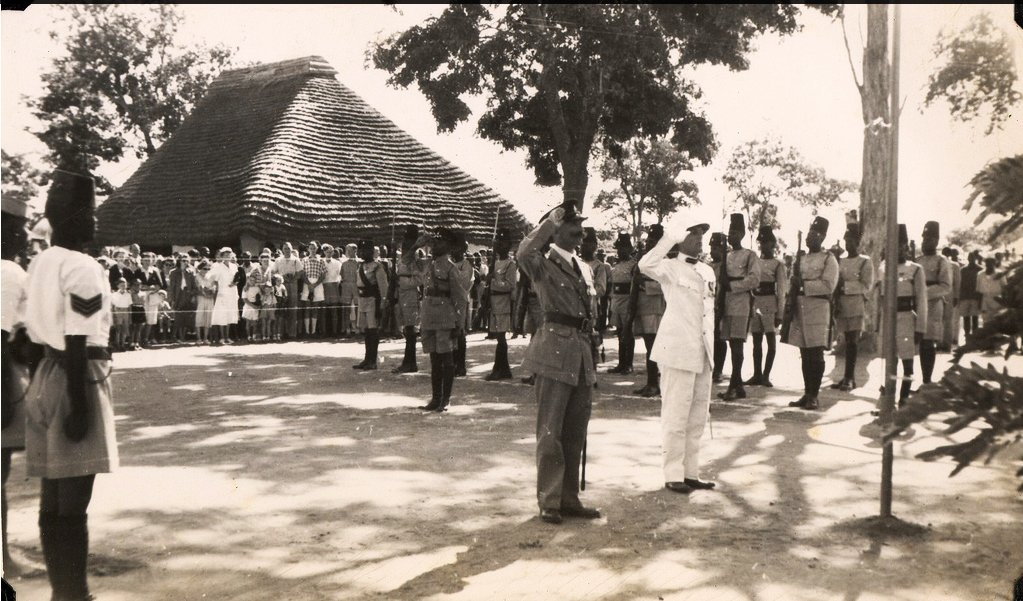 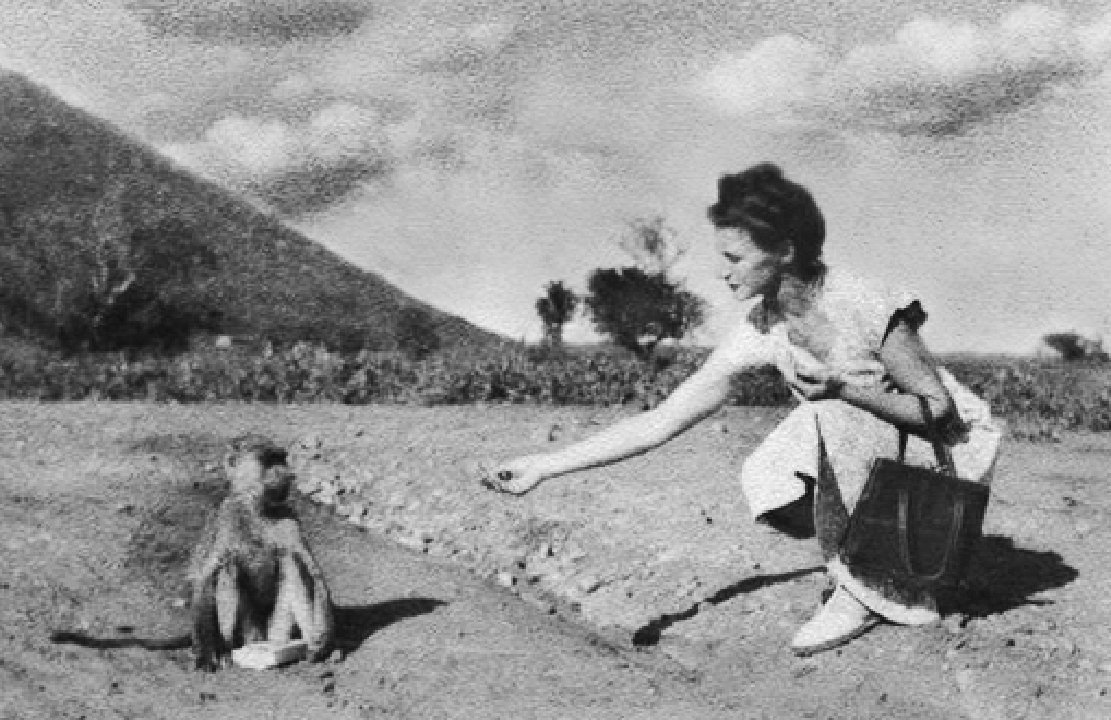 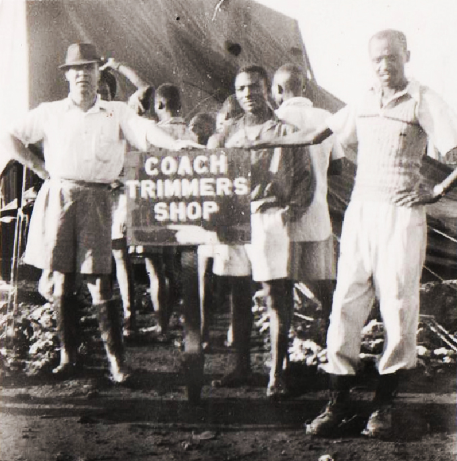 It was Dad who had first suggested, a couple of months earlier, that I consider the Groundnut Scheme as a setting for my next novel. We’d travelled as a family to Tanzania to research my previous book The Lioness and were more than keen to set off again. This trip would take us to our old home in Dodoma to visit a Catholic mission where the Italian fathers started what is now a significant wine industry. Again, it’s Dad’s idea; he visited the vineyards when they were first planted. But our safari begins here in Kongwa.

We plan to spend a few days relaxing – enjoying the striking landscape with its ancient baobabs, red dust and green hills – as well as exploring the intriguing history. We are staying at the historic Westgate guesthouse on the outskirts of town. The long white façade has a row of arched entrances that overlook a stone-paved forecourt bordered by red and purple bougainvillea. Most of the structure was built in 1914 by a Canadian missionary, but one end is the remnant of the original mission dwelling, which dates back to the era of German colonial rule. With its tiny windows and high steep walls it looks like a piece of a castle. Mountain peaks rise up behind the mission, their perfect pyramid shapes looking like pictures in a children’s book. There is a strong sense of mystery about this place. I know, as soon as we arrive, that it will be a setting in my book. Put together with the world of Londoni, I can already see Dad is right. There’s definitely a story waiting to be born out of all this. 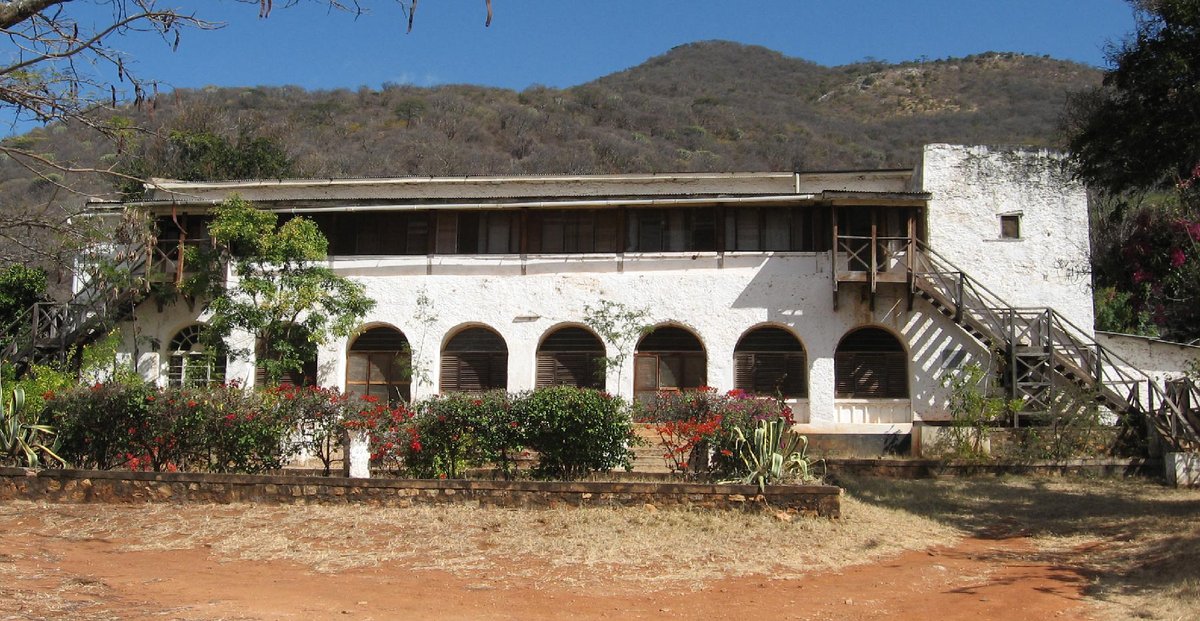 Coming here to Kongwa is just the beginning of my journey towards a novel. There are other places in different parts of Tanzania to explore as well. And back home in Tasmania the task of delving into the history of the Groundnut Scheme awaits me. After writing six novels, I know how the process unfolds. As my notes pile up and my pin-board becomes crowded with pictures, I will begin to see plot points, themes and characters come into focus. A story will drift slowly into being. I also know how impatient I’ll be, conscious of publishing deadlines. But for now, I’m not thinking of that. We’re on African time. No-one is in a hurry. There is space to rest and breathe. 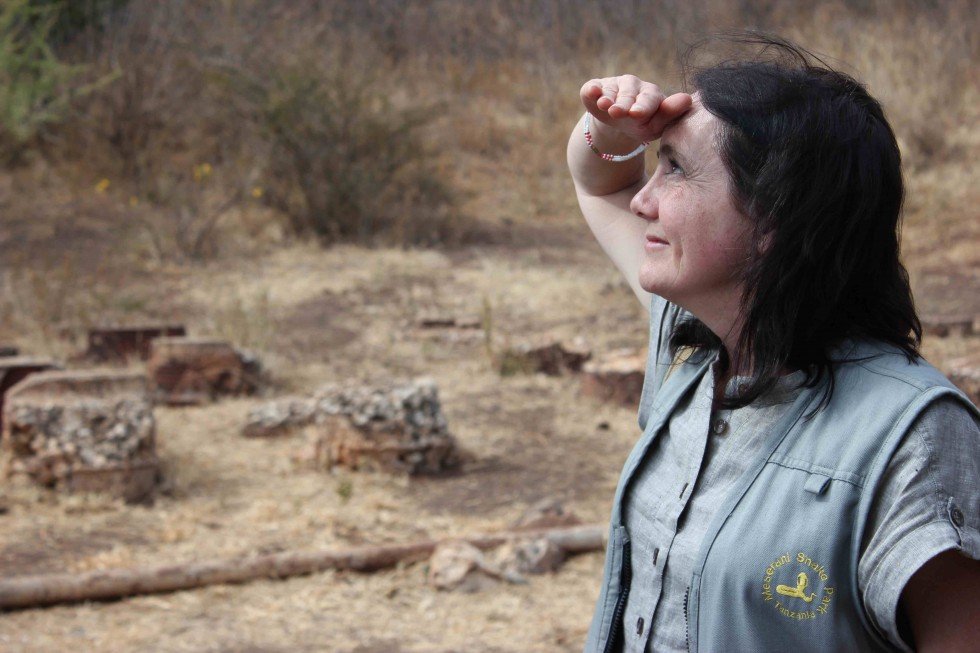 Standing in the ruins of Londoni.