The story behind ‘Congo Dawn’ 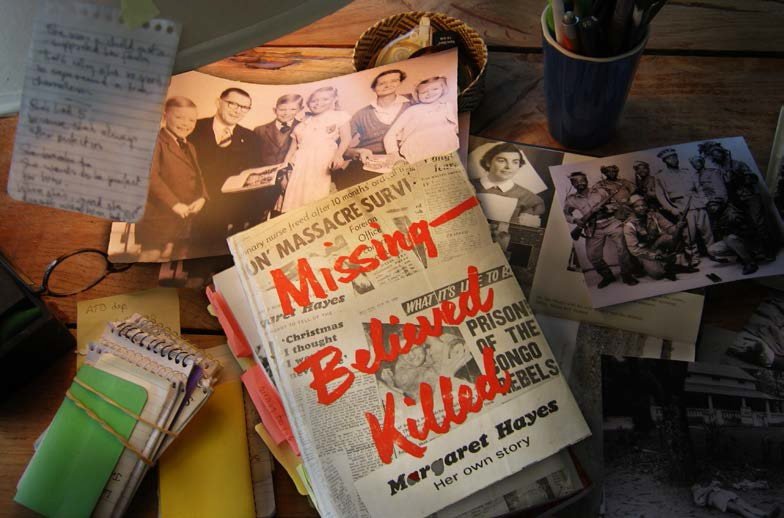 This book with its bold red title Missing Believed Killed was on my parents’ bookshelf as far back as I can remember. Inside was the family photograph that planted the seed for Congo Dawn. A caption underneath stated that only two of the children had survived the massacre of missionaries because they were away in boarding school. The book was written by a nurse who was captured by Simba rebels in the Congo in 1964. She was eventually rescued by mercenary commandos but most of her friends were killed. As a child living in Africa myself, I used to pore over the photograph with its chilling caption, and wonder what on earth could have happened. 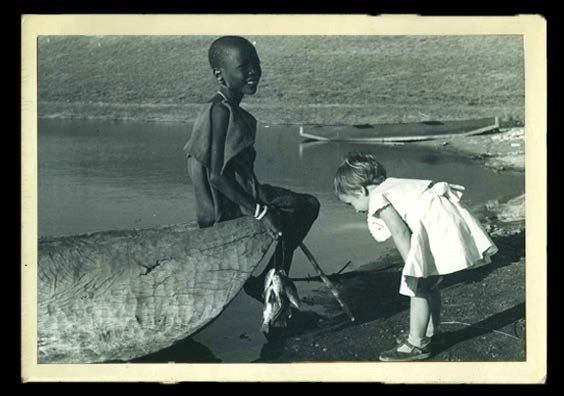 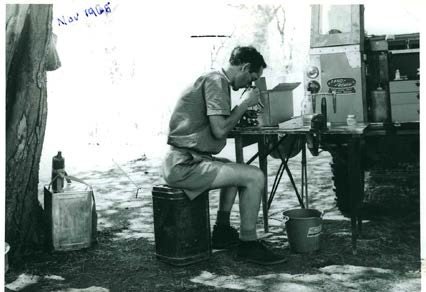 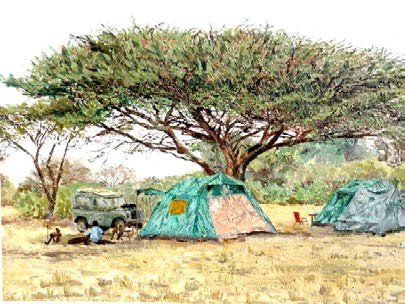 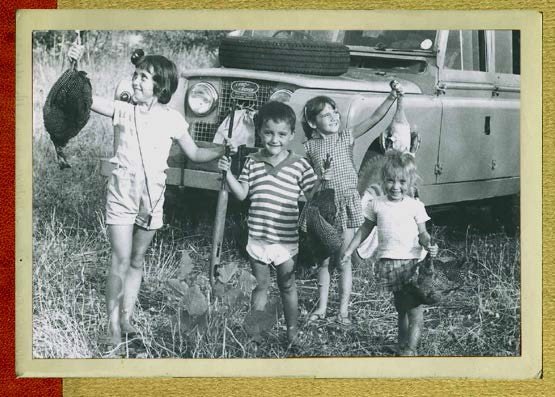 I was born in Tanzania, the daughter of a ‘safari doctor’ and an artist. It was in many ways an idyllic childhood. But when I was ten it all came to an end. My longing for the home I’d lost inspired my journey towards becoming an author, though I would publish several books, as an adult, before I felt ready to write about Africa.

My first novel to be set in Tanzania The Rain Queen ended up selling over a million copies in Europe, giving me the chance to become a full-time novelist. Since then I’ve been traveling back to Africa regularly, along with my parents and other family members, to research stories. 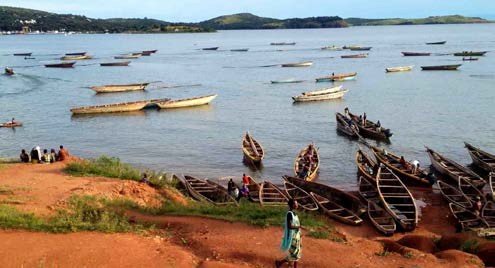 Our most recent trip was to Jane Goodall’s chimpanzee research station on Lake Tanganyika. I found myself staring across the water to the distant shores of the Congo. I’d just finished reading Heart of Darkness so I had fresh images in my mind of King Leopold’s regime, during which more Congolese may have been killed than were lost in the Nazi holocaust. This all reminded me that there was a gap in my African writing. In the four novels I’d written so far, I’d covered lots of different topics but never directly confronted the dark side of colonialism. The omission was starting to feel dishonest, since I’d traded in the romanticism of Africa, much of which is founded on this heritage.

Though I knew it would mean learning the history of a whole new country, I decided the Congo would be the setting for my next story. Not only did it have a horrendous colonial past but the events that followed Independence were shameful as well. The first elected Prime Minister, Patrice Lumumba – a leader with socialist goals – was tortured and killed by his political opponents with the backroom involvement of the CIA, the Belgian military and others. The Simba Rebellion was an attempt to overthrow the pro-Western government set up after Lumumba’s death. Led by witchdoctors wielding magical powers, the rebels were a formidable force that swept the country.

The Simbas started out with high ideals, but as with many insurgencies, the troops on the ground were soon out of control. Centuries of antagonism, combined with contemporary issues, spurred massacres around the country. The family in the photograph were some of the victims. Foreign mercenaries were brought in to defeat the rebels. The cost was underwritten by the CIA. Russia and China backed the Simbas. It was a proxy cold war, such as was soon to be played out in Vietnam. Many people believed the future of the free world was at stake.

When I began looking into the stories of the mercenaries, I never guessed that I’d become so fascinated by them. I thought they’d be minor players in my novel – they’d rescue my main characters and then disappear from the story. The research was disturbing, with graphic content. I read very personal accounts of the commandos’ experiences in memoirs written by the colourful Irishman Major Mike Hoare. I began to wonder if these mercenaries were demons or angels – or both?

I eventually decided to tell half of my story from the point of view of Dan Miller, a mercenary commander. I faced a huge challenge with the level of military research required. To assemble my unit of thirty men I found it helpful to cast real people – a mix of actors, surfers, soldiers, adventurers - in the roles.

To build the novel, I brought in other themes and settings, drawing on memories of my father’s work treating leprosy and my mother’s interest in African artefacts and their influence on European artists like Picasso. I was also attracted to the contrast provided by the exotic glamour of 1960s Africa, creating the character of Eliza, an American heiress – someone who is not all who she seems to be.

As with every novel, the setting and the sources of inspiration provide the backdrop and starting points. But Congo Dawn is an emotionally driven story that touches on issues that arise in everyday life. It’s about a fractured family, and the yearning of a daughter for a father who has abandoned her. As a story it rises beyond time and place. It could be about your life, or mine, and the worlds we all know. 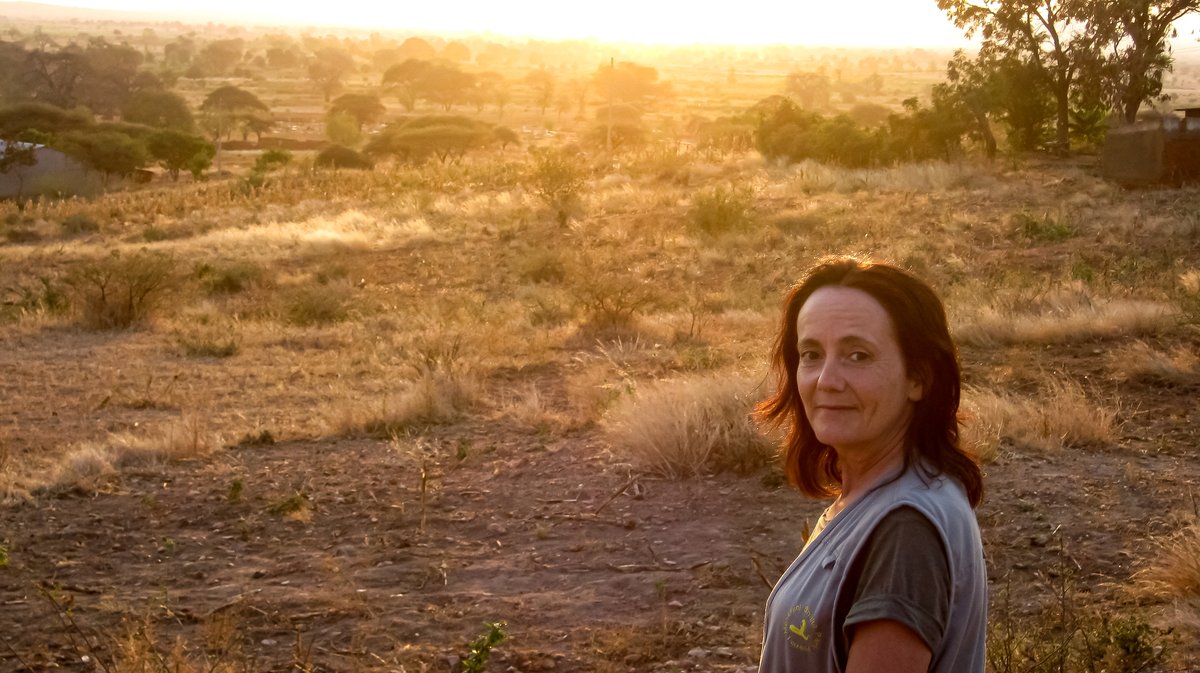