Stories of travel, celebrations and a strange temple...

What a year it’s been – one that’s felt brief and endless, both at the same time! When I wrote my last newsletter The Beautiful Mother had just been published, and COVID was descending on the world. We didn’t yet know what was coming. Sitting here at my desk I’m mindful that everyone has suffered from this pandemic in different ways, and for many it’s been devastating. In Tasmania we’ve been very fortunate – as an island we could close our borders and avoid community transmission. However, people were cut off from loved ones and many have suffered professionally and financially. My heart goes out to those living in countries that have been very badly affected. But now at last, the prospect of a vaccination roll-out is bringing new hope to everyone, just in time for Christmas.

I’ve watched the development of the vaccines with interest, because I have always been fascinated by the story of Edward Jenner, the English country doctor who performed the world’s first vaccination back in 1796. At school in Africa we had a class called ‘Famous People’ and that’s where I learned how he made a connection between cowpox, milkmaids with famously perfect complexions, and smallpox. This story lies at the heart of my novel The Lioness, in which one of the main characters is the daughter of a virus hunter. The plot includes a fictitious disease called Olambo Fever – similar to Ebola, which regularly wreaks terror on parts of Africa. I worked with scientists here in Hobart to fabricate the disease.

I can’t resist sharing this image that came up in my Lioness research, entitled The Temple of Vaccinae. The place looks a brooding and spooky, but it was built as a summer house in Dr Jenner’s garden. He turned it into the world’s first free vaccination clinic. Now it’s a museum and definitely on my list of places to visit one day. 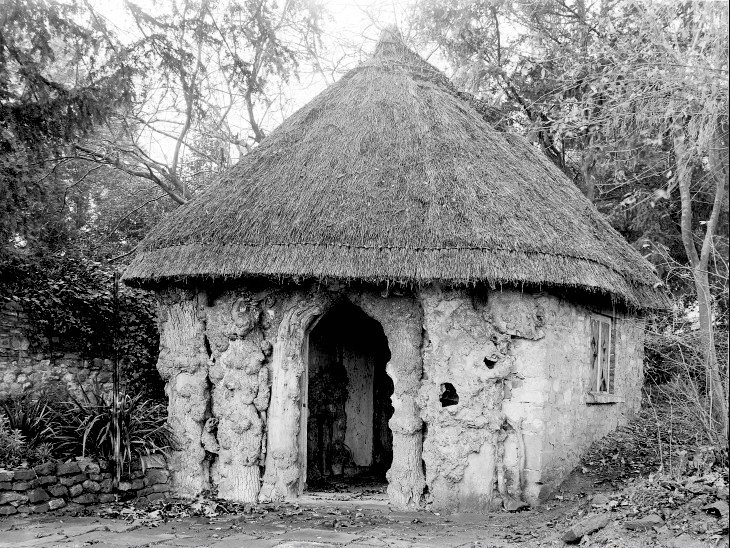 As well as exploring an unknown disease, The Lioness is about a lost child who is rescued by a lioness (inspired by true events). The novel looks at how the solution to challenges such as epidemics may be found in our relationship with nature. 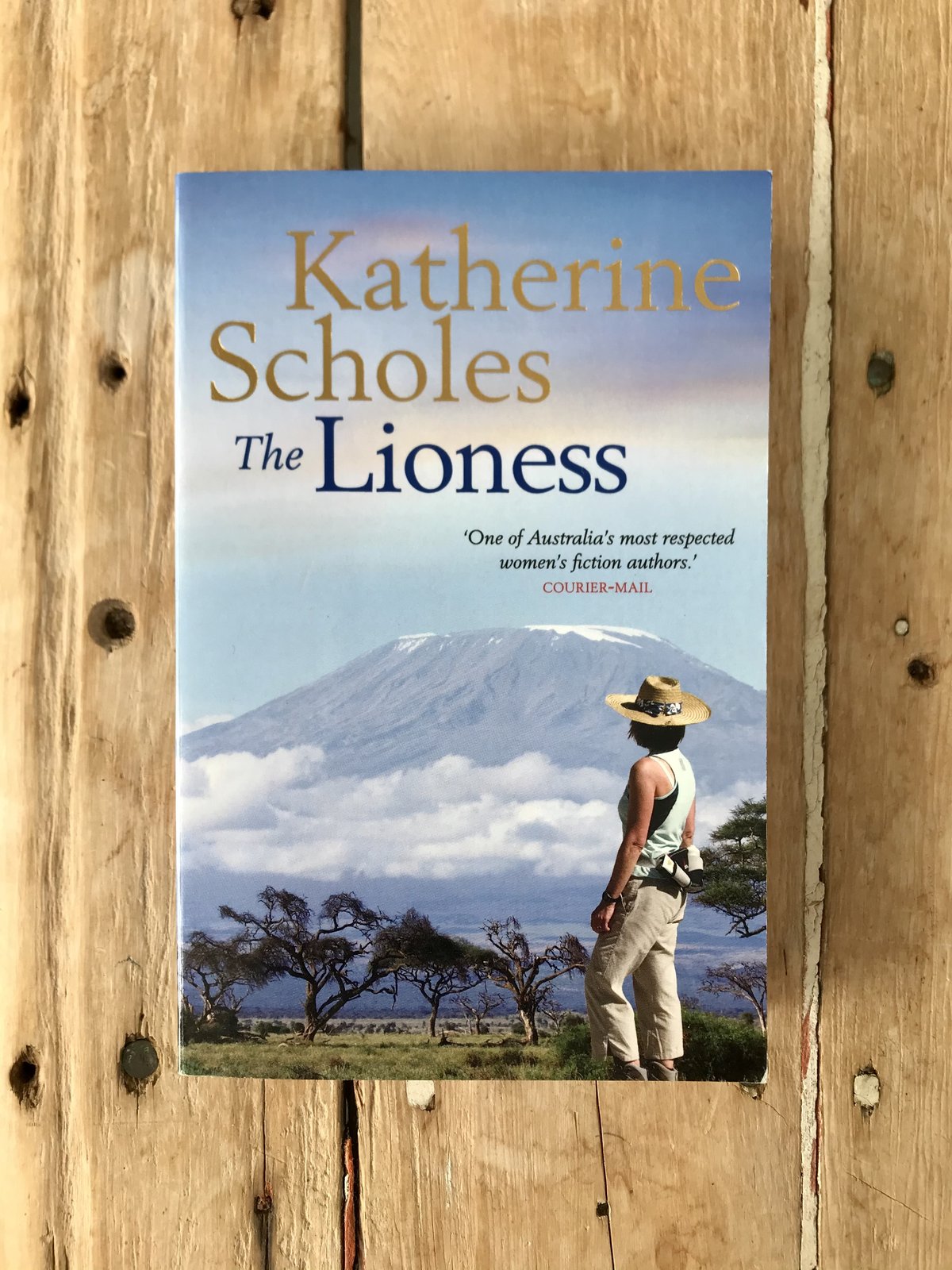 But back to The Beautiful Mother. This seems a good place to thank all of you who ordered the book online, ensuring that even though no-one was out browsing in shops, the novel still found its readership. (Phew!) Many of you took the time to reach out to me with heart-warming responses to the story. Thank you so much. Your words often felt like beams of light coming out of the gloom (that sounds dramatic, but it’s been a weird and uncomfortable year). There were lots of requests for a sequel and a movie. We will have to see about that! Meanwhile, I’m getting updates on the French translation, which should be completed soon. (I have deep admiration for translators – it’s a job that requires so much more than swapping one set of words for another.) 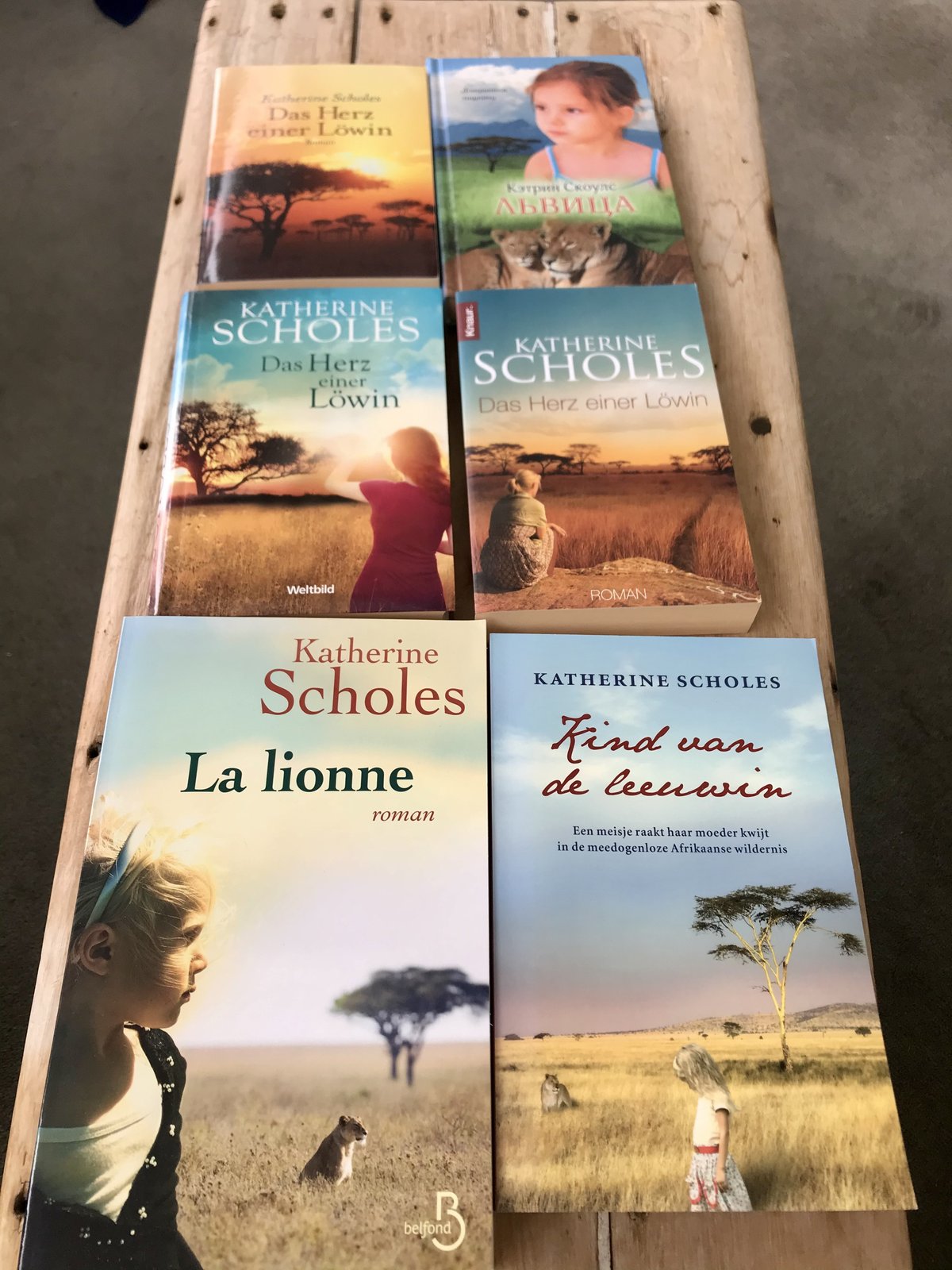 Like many writers, I found it difficult to find inspiration for new work during the pandemic. Actually, this feeling of being unsettled and scattered has been experienced by nearly everyone, I think. Two of my friends decided the unfinished business of the cancelled launch of The Beautiful Mother might be partly to blame. They decided to hold a party to celebrate the book. With a theme of ‘a touch of flamingo’ it was a lot of fun. (A huge thank you to Anna Jones, Joce Nettlefold and our three families.) Holding a COVID safe event is an experience in itself. One of the rules is ‘no shared food’. We were proud of our (compostable) individual plates of pretty pink food. Having a very limited guest list (COVID again) was the biggest challenge – I like to throw open the doors and invite everyone I know and love! We took the approach of making it a ticketed fundraiser. Money raised will be used to feed AIDS orphans in the Tanzanian village of Mvumi, where my family used to live. We exceeded our target, so will be able to support the kindergarten as well. 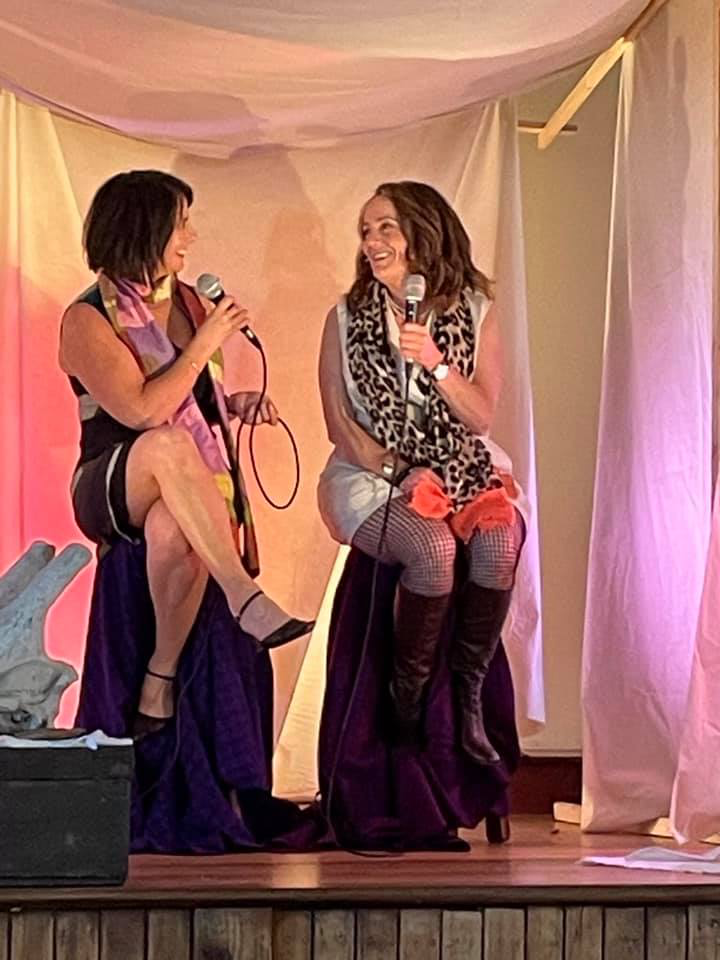 In conversation with my dear friend and colleague Joce Nettlefold, who did her best to keep me vaguely on topic. 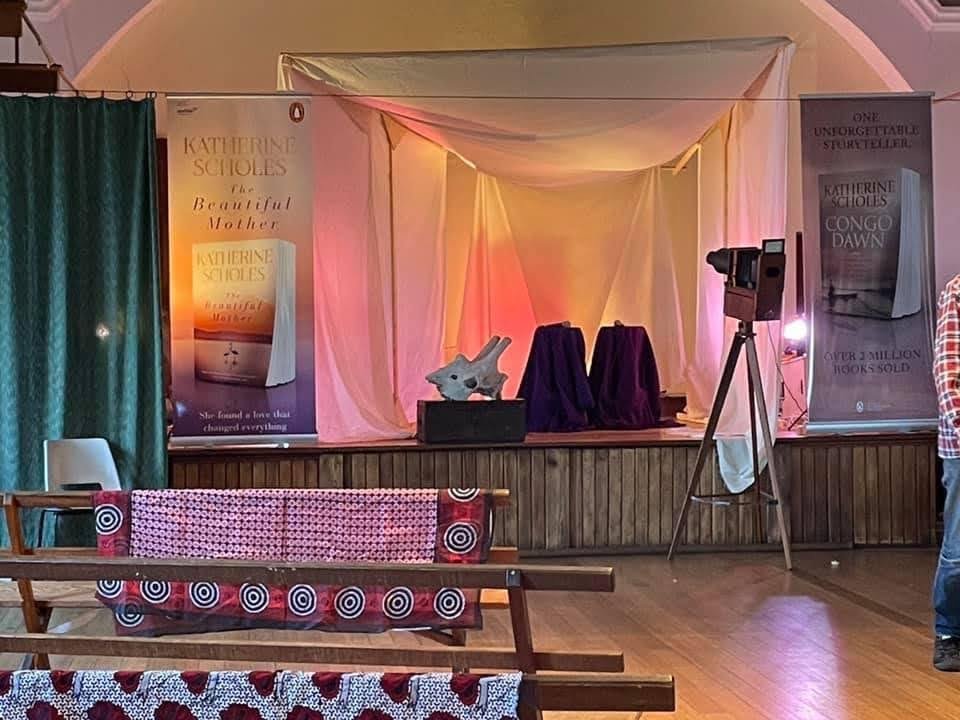 A beautiful stage setting (thank you Roger Scholes) in an historic church hall. The giraffe skull (found in the bush, a lifetime ago by my parents) is there as a prop to discuss evolution, a theme at the heart of The Beautiful Mother.

Another thing that’s happened since my last letter is that – with the borders closed – my husband and I have been exploring parts of our own state instead of travelling further afield. We had an inspirational visit to Queenstown on the west coast, which included meeting artists and miners (and one who is both). 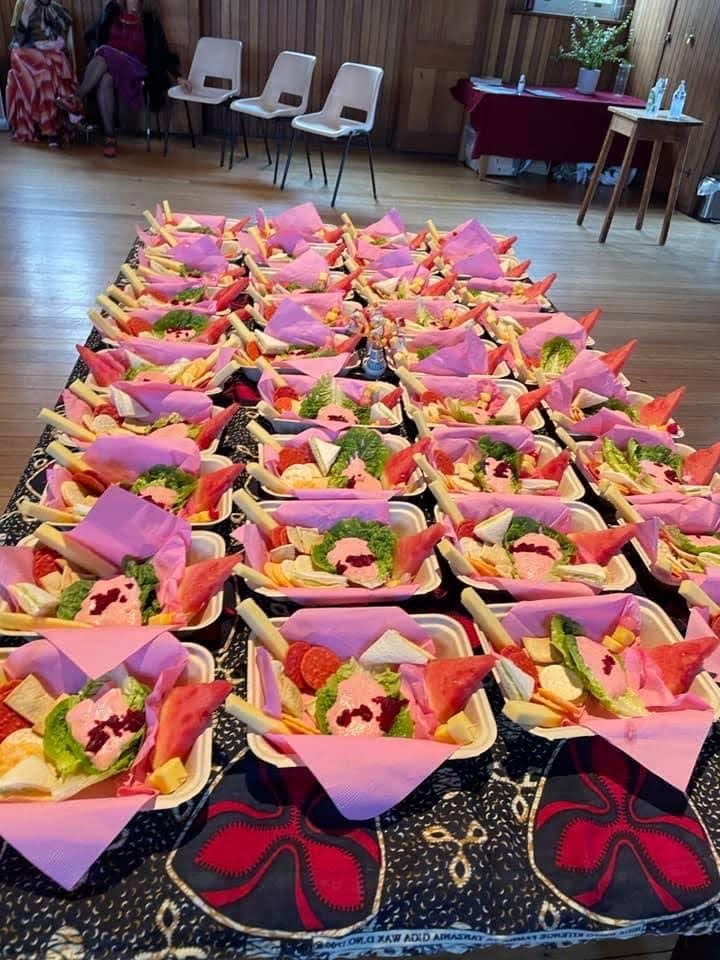 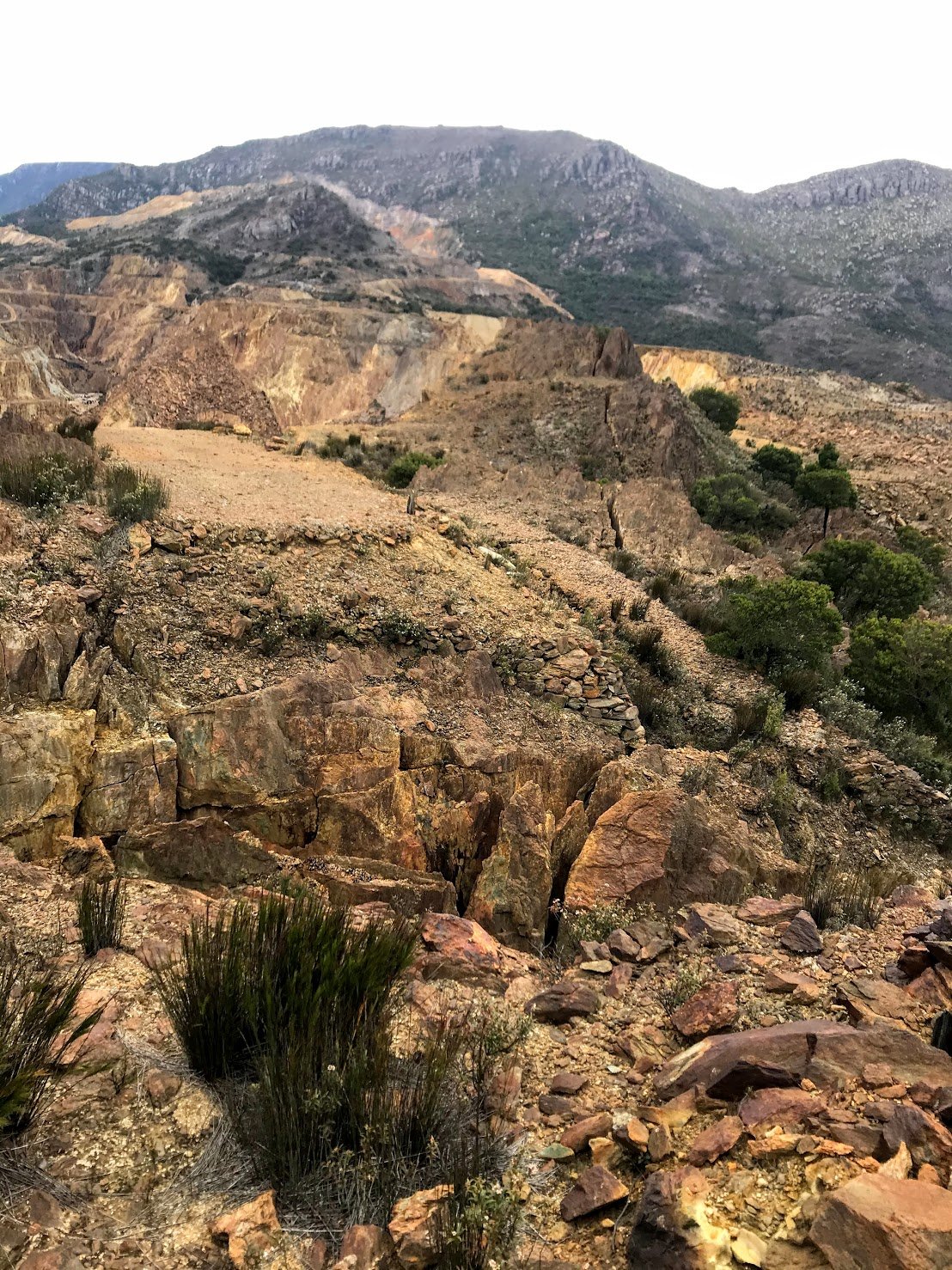 The strange beauty of a landscape devastated by mining 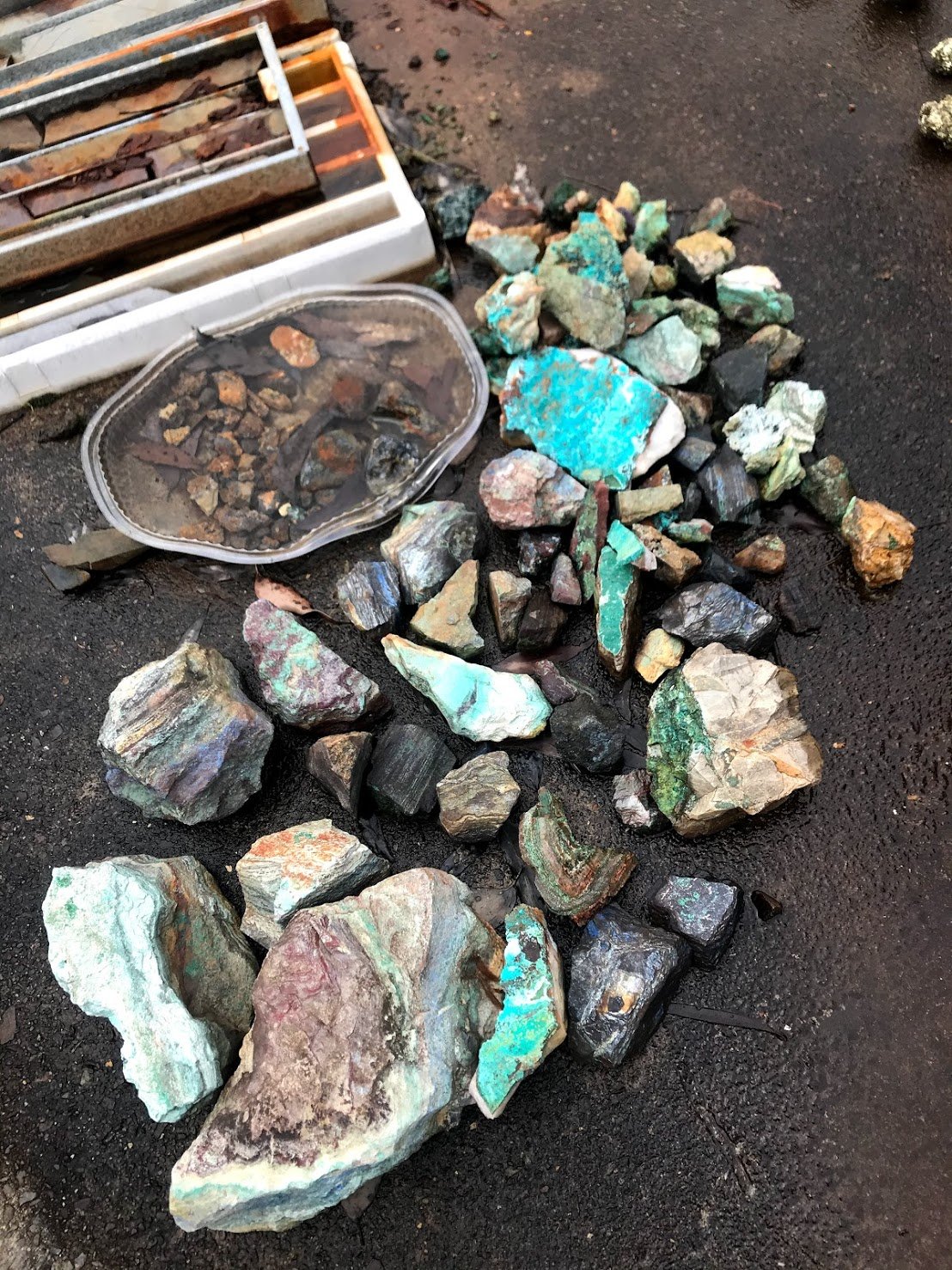 We also spent time in Stanley, a picture-perfect fishing village on the north-west coast. We climbed the volcanic plug ‘the Nut’ – especially interesting to me after all my research on volcanoes for The Beautiful Mother. There was even a muttonbird rookery on the top. 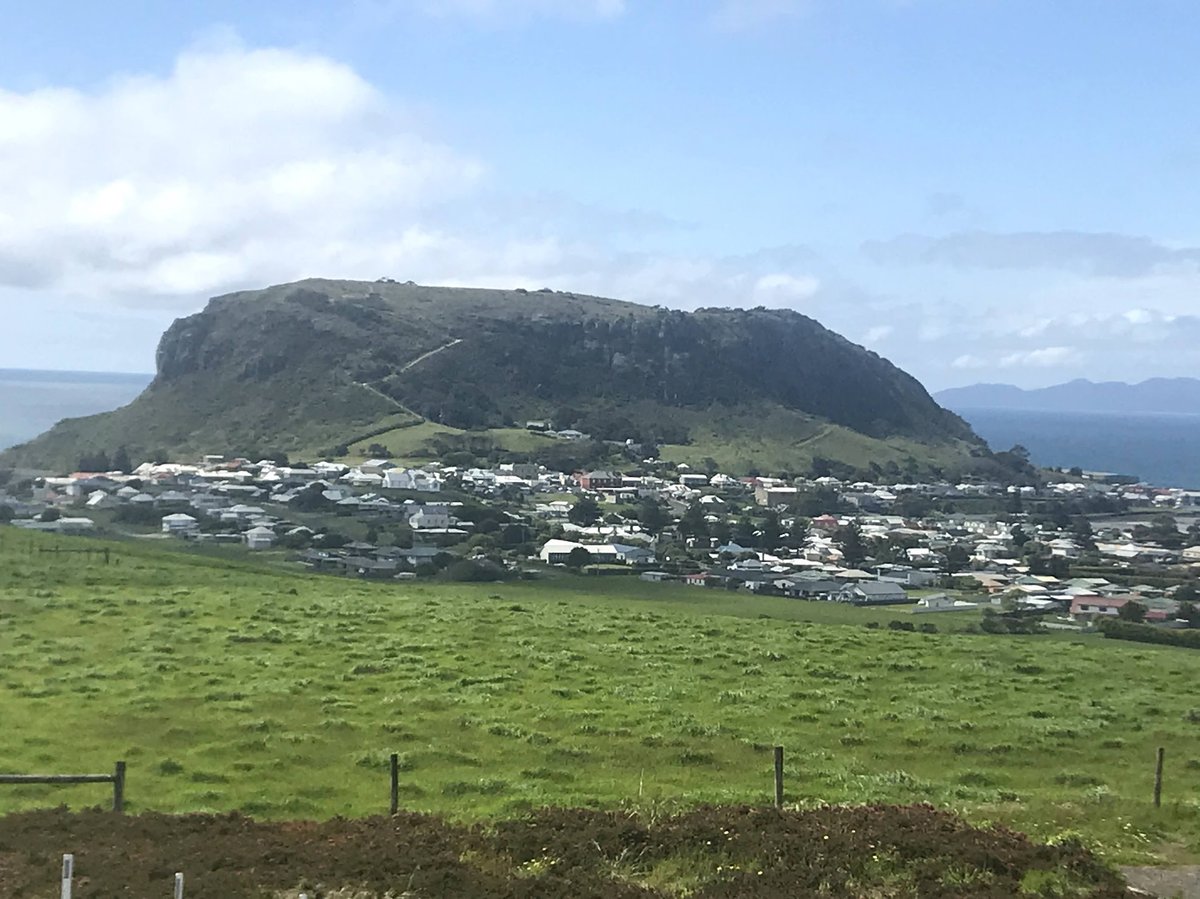 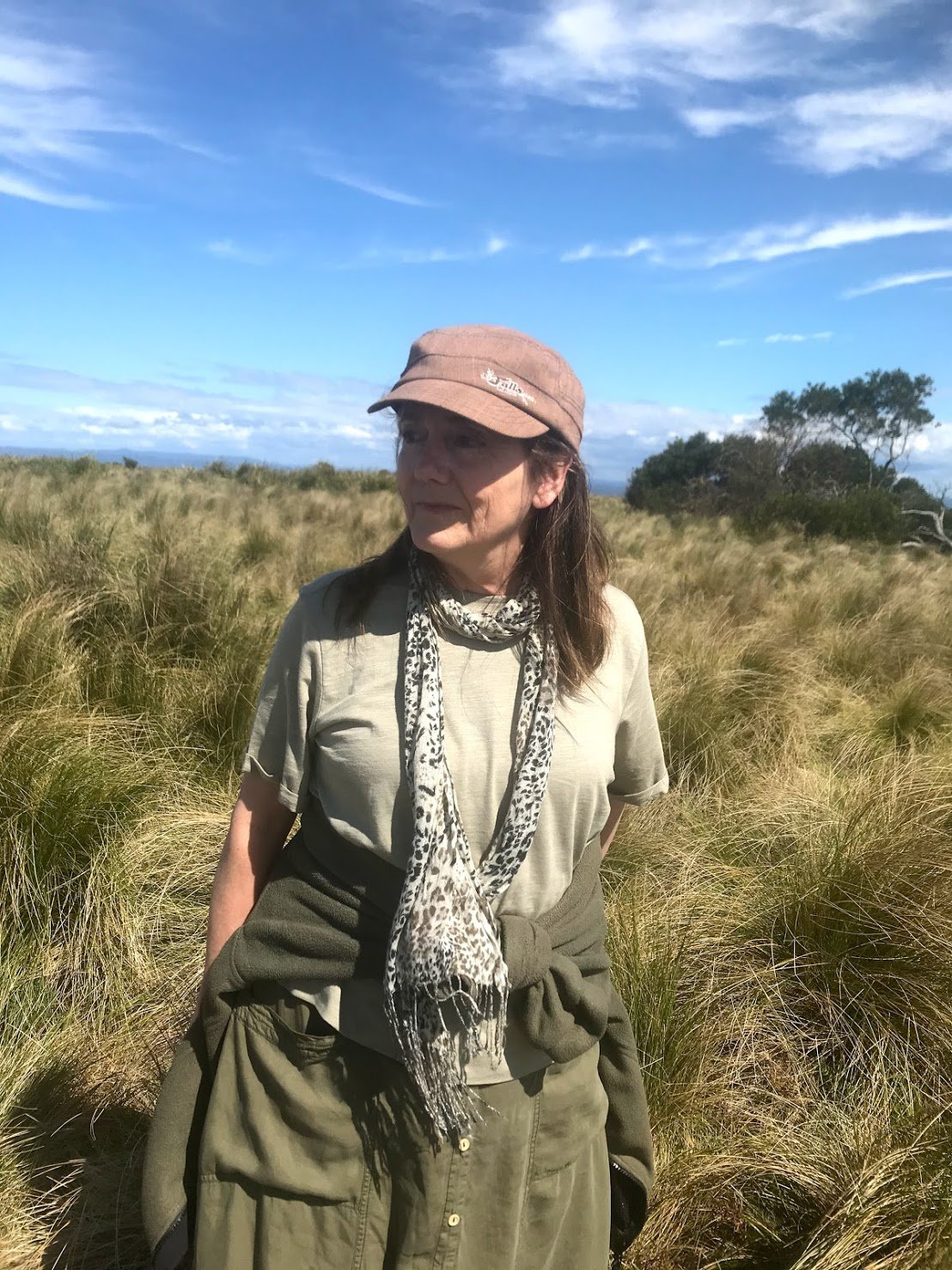 Looking out for seabirds – and snakes.

I’m certain there will be more safaris to unfamiliar corners of Tasmania in the months ahead. But for now, with Christmas coming, it’s time to follow old traditions. Ours is to head to the East Coast on Boxing Day. There’s a gypsy wagon waiting for us on a hillside (no doubt a few spiders will be there to greet us when we open the door). We’re looking forward to family gatherings, reunions with friends, fresh fish, sun, surf – and lots of reading. 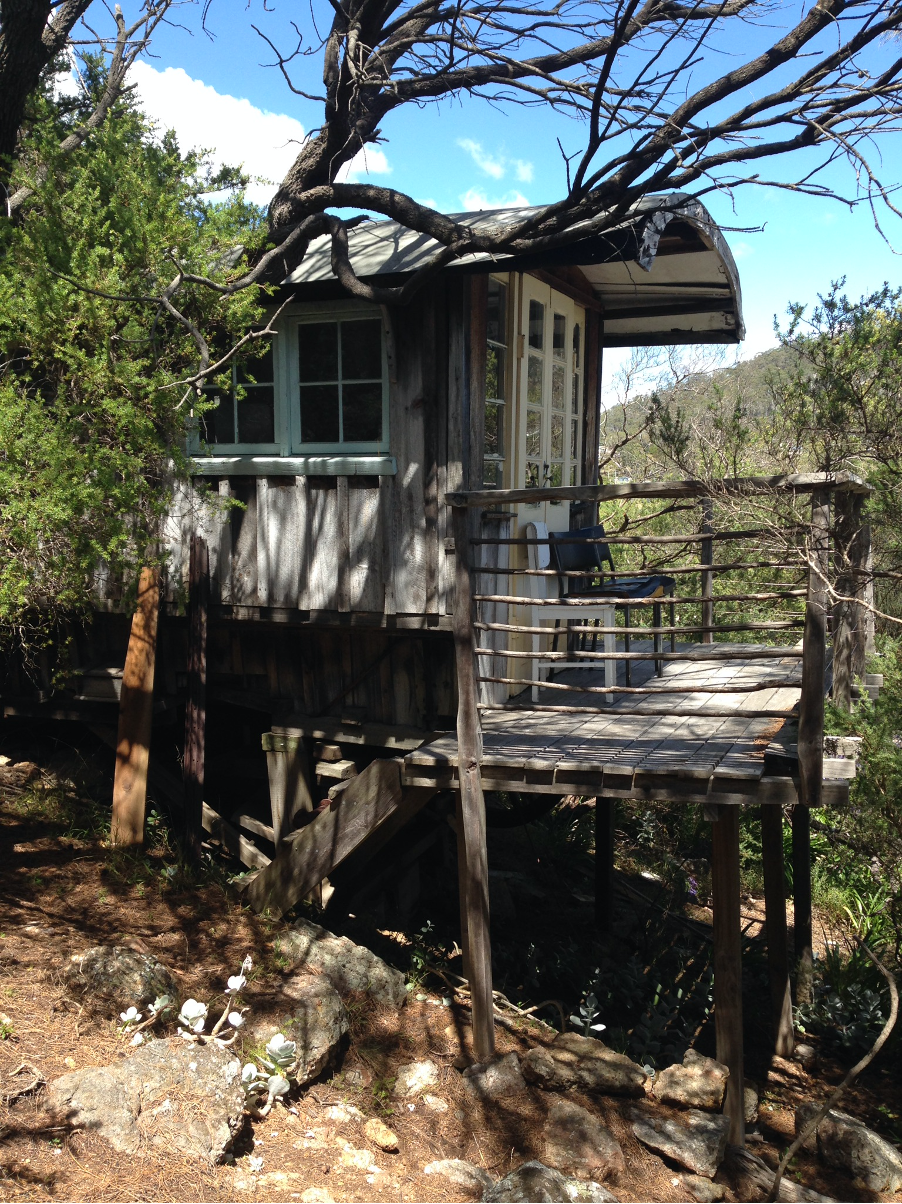 I hope you’ve enjoyed these glimpses of my world. Wherever you find yourself, I send my love and warmest season’s greetings.